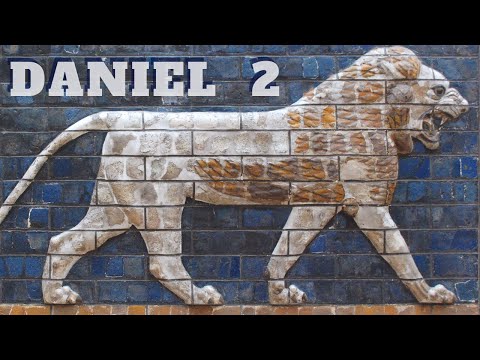 Please consider Liking & Subscribing – or dislike it – do something so we know you’re alive out there!

https://paypal.me/bradsward
Brad from Carolina/Armor of Truth is a full-time ministry.
Content will always be free.
Please consider donating to support.

We live in a world populated with self-evident, objective, transcendent moral laws. “It’s never OK to torture babies for fun” or (my new favorite from a blog reader) “It’s never OK to torture non-believers just because you don’t like them?” are two examples of such transcendent laws. How do we account for laws such as these? Their existence points to a reasonable inference: the existence of a Transcendent Moral Law Giver. But there are other alternatives typically offered by those who reject the existence of such a Being. Is God real? The insufficiency of the alternative explanations strengthens the argument for the existence of God:

Are Objective, Transcendent Moral Laws A Product of Genetic Evolution?
As one friendly skeptic said recently, “We share 99.999% of our physical traits with our fellow humans . . . so why would our mental traits not be similarly shared?” Are moral truths simply part of our genetic coding? There are good reasons to reject such an explanation. When someone claims self-evident moral truths are simply a matter of our genetic evolution, they are assuming the same evolutionary pathway for every people group. What are we to make of cultures that behave in a manner different than our own? How can we justly adjudicate between the myriad of people groups, all of whom have their own genetic evolutionary pathway? This form of emboldened relativism is powerless to judge any form of behavior, good or bad. In fact, how can we judge any behavior if it is so connected to our genetic nature? We don’t blame people for being brunettes or having blue eyes; if our genes are the cause of our moral understanding, what right do we have to blame people when they simply express genetic moral wiring different from our own? Perhaps most importantly, even if my skeptical friend is right and commonly accepted moral truths are merely a product of our genetic encoding, we still must account for the source of this encoding. DNA is information rich. As Stephen C. Myers observes in Signature in the Cell: DNA and the Evidence for Intelligent Design, there isn’t a single example in the history of the universe in which information has come from anything other than an intelligent source. If our genetic code contains information about moral truth, we still must ask the foundational question, what intelligent source provided this code? All codes require encoders.

Are Objective, Transcendent Moral Truths a Matter of Cultural Agreement?
If societies are the source of objective moral truths, what are we to do when two cultures disagree about these truths? How do we adjudicate between two competing views of a particular moral claim? If objective moral truths are simply a matter of “shared morality”, the societal majority rules; “might makes right”. In a world like this, anyone (or any group) holding the minority position in a particular moral argument is, by definition, immoral. In fact, Supreme Court Justice Robert Jackson made this clear in his early career as a prosecutor at the Nuremberg trials following World War II. When the German soldiers who committed atrocities in the Jewish prison camps were brought to trial to face criminal charges, the issue of moral relativity was tested directly. The lawyers for the German officers argued that these men should not be judged for actions that were actually morally acceptable in the nation of Germany at the time of the war. They argued their supervisors and culture encouraged this behavior; in fact, to do otherwise would defy the culture and ideology in which they lived. In their moral environment, this behavior was part of the “shared morality”. Jackson argued against such a view of moral relativism and said, “There is a law above the law.”

Try as we might, the alternative explanations for objective, transcendent moral truths are desperately insufficient. The moral law transcends all of us, regardless of location on the planet or time in history. This law cannot simply be a matter of “shared morality” or “social convention;” it transcends and pre-dates every culture. As we think carefully and identify the transcendent moral laws governing our world, it might also be useful to think carefully about the transcendent author of these laws.