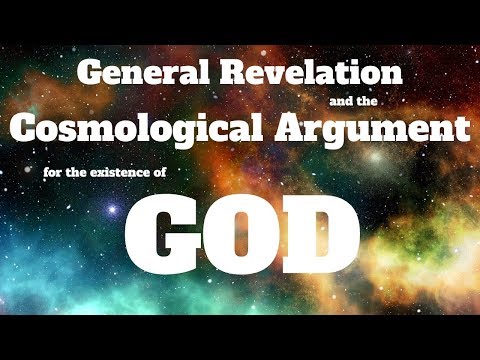 Why Atheism is Incoherent: God of the Gaps & The Cosmological Argument

Brad from Carolina & Armor of Truth is a full-time ministry.
Your support makes the ministry GO!
If you feel moved to do so, please consider donating at:
https://armoroftruth.net/donate-to-this-ministry/
OR… Make your donation LIVE while the Live Stream is on to be recognized on screen:
https://streamlabs.com/plasteroparis1

Excerpt: “God of the Gaps”

The God of the Gaps argument, which is when a skeptic says essentially, “science cannot explain it therefore, God” is almost always a last ditch effort to refute the existence of God after being exposed to the arguments for God’s existence from a skilled debater or presenter. It’s a last resort and when the opposition is unprepared for it or if the audience is unaware of the misuse of the claim it can actually work to confuse the circumstances just enough to buy the skeptic or atheist a little more time. They will also regularly say something like, “one day science will figure out how the universe began and account for all of this with no need for God. Scientists have done this many times in the past like when they figured out that lightning was not an angry god. There are big problems with this approach to the issue. First of all, the original God of the gaps fallacy was created by a
Christian evangelist named Henry Drummond. It was not intended to be used with metaphysical theories (origin of existence). The phrase, God of the gaps, was meant to be applied to biological processes when one would claim divine intervention in regards to a biological process. For example, when it could not be understood how a modern animal evolved from primitive mammals of different species it was deemed to be miraculous. Or when the structure and function of subatomic elements were not fully understood it might be explained by divine intervention. The argument for God’s existence is a metaphysical one, not a biological one. This is a key point because often atheists and theists will find themselves talking past one another on a point in which they are both misunderstanding the others argument. Arguments for the existence of God are philosophical in nature. That is to say that we analyse scientific data and infer a philosophical or metaphysical explanation, in other words the simplest inference to the best explanation. On the same note, materialism is also a metaphysical theory, meaning that it is also considering the nature of reality. Materialism is not a scientific theory. Materialism is an ideology which holds that reality is only comprised of matter and the complex arrangements of it. This cannot be proven scientifically because it is a metaphysical assertion. The assertions of materialism can only be inferred philosophically. Theists are not actually arguing from a gap in a natural process rather, we are arguing for a metaphysical theory of reality to explain why there are natural processes at all. Metaphysical theories offer to explain the nature of reality. The how, why and who? In its purest understanding we are not arguing from a gap or lack of knowledge and inserting God where do not know what else to do. Rather, we are arguing from our full understanding of science and showing how the data we do have supports a theistic worldview, or that God is the best explanation for what we DO KNOW – not that God is what we use when we DO NOT KNOW. This is how God of the gaps is misunderstood by the skeptic. The skeptic claims that we insert God where we do not know, when the truth is what we are doing is using all that we do know to show why God and the truth of Christianity is the valid worldview.

As we’ve shown in this presentation the cosmological arguments do not appeal to God in order to fill a gap of knowledge in how the universe came to exist, rather, the cosmological argument shown here argues that the universe is contingent and must exist as the result of a necessary and sentient being who has caused its existence. That is quite a different argument than filling in gaps, as the skeptics erroneously suggest.

The most important note you can take from this presentation is to realize that the best arguments for the existence of God have come to us from modern advancements in science over the past hundred years. This fact undermines the materialist argument that theists are ignorant and lost in an ancient mindset of fables and superstition. These modern arguments for the existence of God simply do not compare to ancient beliefs in gods of nature that can throw lightning bolts or cause various natural cataclysms. In fact, the more science reveals over time the more evident God becomes and the more responsible man is for his denial of the Divine Wisdom that has created all the laws that govern man’s science…