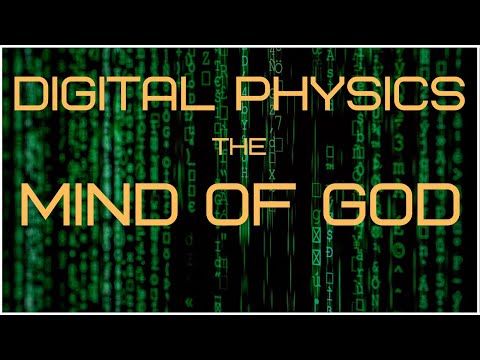 Flavius Josephus, born, Yosef ben-Matityahu, in around AD 37 became the greatest Jewish Historian of all time. Josephus was taken in by the Roman General Vespasian and His son General Titus after Titus’ and his forces destroyed Jerusalem in and the second Jewish temple in AD 70. Joesephus served as historian under the Roman Emperor Domitian. Therefore, given Josephus Jewish heritage and his later position as a favored Roman, he presents as one who is less likely than any other of that time to espouse or promote the life of Jesus of narrative unless it was an undeniable fact of history. To be clear, Josephus was not a Christian and his Jewish heritage and doctrine was one that rejected vehemently the ministry and claims of Jesus Christ as the Messiah. He was no Christian and his Roman allegiance doubly establishes him as a definitive source from Jerusalem who would certainly rather mitigate Jesus’ influence most certainly qualifying his work as an external historical account. One of Josephus’ seminal works of historical documentation is known as, Antiquities of the Jews, which he finished in about AD 93. In book 18, chapter 3, section 3 of that work Josephus provided the following account:

At the time of Pilate there was a wise man who was called Jesus. His
conduct was good and he was known to be virtuous. And many people from among the Jews and the other nations became his disciples. Pilate condemned him to be crucified and to die. But those who had become his disciples did not not abandon his discipleship. They reported that he had appeared to them three days after his crucifixion, and that he was alive…

This was not Josephus only mention of the man, Jesus. So, what we have here is a first reference to the life of Jesus, his character, his ministry, his death and the commitment of those who were his disciples and their report of his post mortem appearance. Josephus most certainly had to choose his words very carefully when compiling these historical accounts as he was under the watchful eye of Roman Emperor Domitian who was very much aware of the Christian movement and the threat that such devotion could pose to the stability of his realm. For these reasons we can anecdotally surmise this to be a downplayed account of Jesus life. But there’s more. Joesphus also provides attestation to Jesus’ family in the mention of his brother James in book 20, chapter 9, section 1 of the Antiquities of the Jews :

Ananus the high priest assembled the Sanhedrin of the judges, and
brought before them the brother of Jesus, who was called Christ, whose
name was James… and when he had formed an accusation against them as breakers of the law, he delivered them to be stoned.

We see here, two separate accounts of Jesus and one confirming a family member from sources who were certainly not sympathetic to the Christian movement with no reason to promote such claims except that they are true.

In addition to Josephus there are at least ten other non-Christian or secular sources that confirm Jesus as a man living in the first century. Included among these sources are Celsus, Tacitus and the Jewish Talmud all of which are decidedly anti-Christian sources with every reason to ignore or under report the existence of Jesus. From these sources we learn some general truths about Jesus and the Christian movement:

Jesus lived during the time of Tiberius Caesar.
He lived a virtuous life.
He worked wonders.
He had a brother named James.
He was acclaimed to be the Messiah.
He was crucified under Pontius Pilate.
He was crucified on the eve of the Jewish Passover.
Darkness and an earthquake occurred when he died.
His disciples believed he rose from the dead.
His disciples were willing to die for the movement.
Christianity spread rapidly even as far as Rome.
His disciples denied the Roman gods and worshipped Jesus as God.

When one sets aside his subjective biases and takes up an objective study of the resources available it is found that among all accounts, Christian, Jewish and secular, Jesus is mentioned as much or more than the Roman Emperor of that time, and Jesus was not a Roman official and held no status in their courts. To assert that Jesus is not historical or that Jesus is a myth is certainly a position that is easily refuted with even the most cursory or superficial examination of available historical documentation. As an atheist or skeptic you might not like the fact Jesus is most certainly a historical figure who lived, died and is reported to have risen from the dead, but you have no foundation scholarly or emotionally for the assertion that Jesus was a myth.