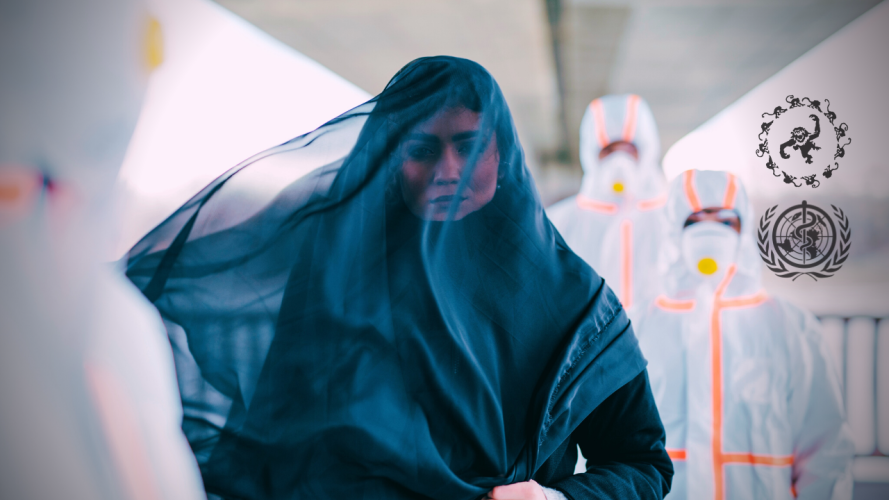 Hohmann: Globalists have Entered The Kill Phase Of the Great Reset

“So the globalists have been meeting in Geneva at the World Health Assembly and they have been meeting in Davos at the World Economic Forum summit. The two cities, Geneva and Davos, are both located in Switzerland, about three hours apart by car. Between these two meetings, the globalist predator class will be getting their instructions on what to do and what to expect over the next 12 months. I am calling this 12-month window the opening salvo in the kill phase of the Great Reset.

Schwab opened the meeting at Davos by saying “the future is not just happening; the future is built by us, by a powerful community, as you here in this room.

Schwab said “we must prepare for an angrier world,” which I take as a bad sign that the globalists are getting anxious, feeling that if they don’t take drastic action soon all their plans to erect an end-times global government could be wasted […]

The billionaire globalist elites know their plan is unpopular.

They know that at least half the population in wealthy countries will never go along with this plan willingly. They will have to be coerced in a time of horrific crisis like war or a wave of “public health emergencies,” and the extreme deprivation that such crises cause.

Because the vast majority of Americans suffer from extreme normalcy bias, they can’t see what’s coming. They will be caught completely off guard. The sporadic shortages they see in the grocery stores now, these folks believe that’s just a temporary glitch that will soon iron itself out. Nothing to worry about.

They don’t see that war and famine are right around the corner. So when it arrives, they will be ruled by fear and confusion. Anxiety levels will be off the charts.

Most will submit to the beast system that’s being erected on the backs of these pre-arranged crises.

Because of the rule of thirds, somewhere between 25 and 30 percent will never submit to this kind of a system. We saw it last year with the vaccines, when approximately 70 percent of Americans capitulated to the pressure of “get your shot” but 30 percent stood strong and resisted.

Now, Stephane Bancel, the CEO of Moderna, admits nobody wants his vaccines and he’s having to throw them away, 30 million doses to be exact […]

Everything they are engaging in right now, these so-called stakeholders, is causing people to die prematurely in certain key countries where we have large middle-class populations who are accustomed to living relatively free lives. They’re not a good fit for the total surveillance society where your movement is monitored in real time, your spending habits are monitored and assessed, your eating habits are monitored (meat will be a “rare treat” says the WEF). All of your life activity will be monitored in order to calculate and track your carbon footprint and assess your overall social credit score.

Let’s take a look at the points of friction in society right now that are being fomented by the globalist elites who run everything, from the monetary and banking systems to the major corporations to the media, Big Pharma… “

For more details on the “kill phase” and the Deagel Population Forecast of 2014 (USA down to 99 million) see Leo Hohmann’s article https://leohohmann.com/2022/05/26/globalists-have-entered-the-kill-phase-of-great-reset-remember-the-deagel-population-forecast-it-now-makes-total-sense/

Message from Armor of Truth

We now live in a world that has normalized sin: a world that makes laws to make confused people comfortable with their insanity, while at the same time conjuring new ways to label a person mentally ill. The culture is depraved. The rulers of today are now seeking to criminalize truth-telling, and by truth, I mean the gospel and God’s ordered way of righteousness.

Isaiah 5: 20 Woe to those who call evil good and good evil, who put darkness for light and light for darkness, who put bitter for sweet and sweet for bitter!

Isaiah is here describing a deep state of moral confusion. Suppressing the truth in unrighteousness, they control public opinion and redefine language so as to blur the lines of morality and to normalize and excuse blatant sin. Liars are applauded and esteemed, while those who love and speak truth are silenced. This is the New World Order Nietzsche called for. This is the logical conclusion of autonomy, and antinomianism. Thinking themselves wise, they have become fools.

Fear of death enslaves the world. Do not worry!

There is a word of hope, Psalm 81, verse 11. “But My people did not listen to My voice, and Israel did not obey Me. So I gave them over to the stubbornness of their heart, to walk in their own devices.” That’s Romans 1. The history of the world is the judgment of the world. God has allowed all the nations to go their own way, Acts 14. Nothing new.

In verse 13, there is a cry from the heart of God. “Oh that My people would listen to Me, that Israel would walk in My ways! I would quickly subdue their enemies and turn My hand against their adversaries. Those who hate the Lord would pretend obedience to Him.” In other words, it would be so good to be under the protection of the Lord that people would even pretend to be believers. Verse 16, “And I would feed you with the finest of the wheat, and with honey from the rock I would satisfy you.”

God says, if my people would listen to Me, would walk in My ways, I would turn from abandoning them, from giving them over to their own sinful choices to defending them and protecting them and punishing their enemies and I would feed them with the finest and they would be truly satisfied.

Our Father, the Word comes to us with such clarity and power. Thank You for warning us. Thank You for the grace of confronting us with the truth. Help us, Lord, to be proclaimers of Your Word, the Word of the gospel that saves. It’s not too late. Until Jesus comes we can keep preaching this Word to the ends of the earth.

Across this nation and all the nations may Your people proclaim nothing but Your Word so that those under this wrath, this current wrath may be saved and escape the final and eternal wrath. May there be a great revival of Your Word and may people listen to it and obey it. To Your glory, we ask these things. Amen.

For more encouragement in troubled times, read and study:

Romans 8:28
God is working all things for the good of His people

Hebrews 2
Confidence in The Savior