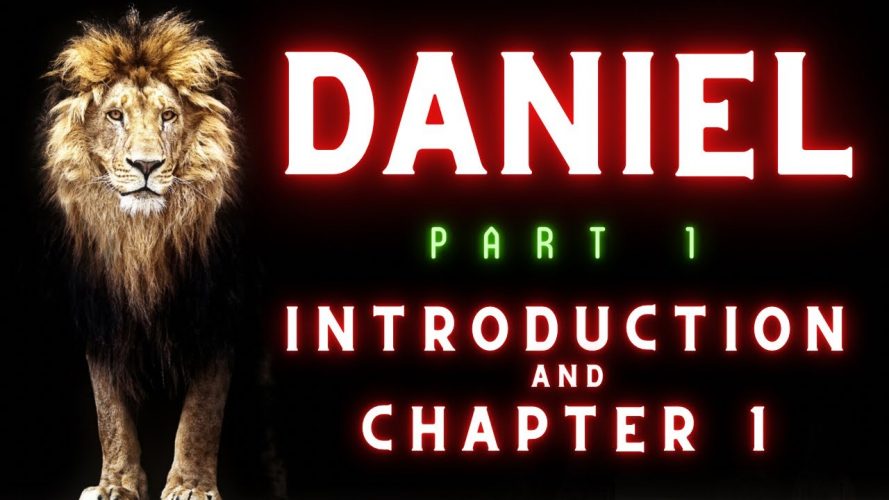 Written in 537 B.C. during the time of the Hebrew’s Babylonian captivity the text introduces the reader to Daniel and three of his fellow countrymen who were taken captive in their youth from their home in the southern kingdom of Judah. Daniel lived more than 80 years in the pagan city-state, Babylon, near modern-day Iraq. The reader encounters life in the Ancient Near East, pagan traditions of worship, various styles of government, conquering forces, and details of a life of faith, character, and duty in the midst of tyranny, false worship, and severe oppression.

Daniel’s writing is known as apocalyptic literature revealing prophecies, or symbolic foretellings regarding the end of the age. Jesus identified this same Daniel as a prophet, however, the text was not included in the prophecy division of the Hebrew Bible. The coming of Christ is certainly in view from the 2nd chapter forward and we are also blessed with Daniel’s personal example of a life of uncompromising faith in Yahweh, the “God of heaven” (ch. 2), “God of gods” (ch. 2, 11), “Lord of Kings” (ch. 2), “The Most High God,” (ch. 3, 4, 5, & 7) “King of Heaven” (ch. 4).

As amazingly accurate as the prophecies are, believers benefit greatly in the here and now from the great faith shown by Daniel and his three friends in the face of forced false worship, oppression, death, and in the grace of God’s blessings upon those who serve Him.

Outline: Introduction to the text & Study of Chapter 1

II. Special Revelation (Two kinds of revelation: General & Special)
A. What does the Bible say?
1. Jesus Christ and the OId Testament
2. God Has Spoken – Theopneustos
3. Moved By God
4. Believing The Bible
5. Prophecy
a. What is prophecy?
b. How can we trust that Biblical prophecy can predict the future?
B. Prophetic significance of Daniel
1. Ch. 2 broad outline of human history
2. Ch. 7 elaborates on a certain period of end time
3. Ch. 8 & 9 adds further details on end time
4. Ch. 10-12 further expansion on the end time

III. Context: The Ancient Near East: A Comparative Look
A. Why Should We?
1. Defense of the Biblical Text
2. Exegesis of the Biblical Text
B. Overview of the Literature of The A.N.E.
1. Myths: stories in which the gods are the main characters
a. The Gods of the A.N.E.
i. Primarily Marduk, Ishtar, Shamash
ii. How Yahweh differs from the ANE gods
b. Temples and Rituals
c. State and Family Religion
d. State Religion in Israel
e. Abraham’s Religion

Book of Daniel Part 2: Divination, Prophecy and World History In A Dream

Book of Daniel #3: Tried In The Flames of Affliction (Live Bible Study)

Book of Daniel #4: The Most High Humbles the Arrogant & Delivers the Lost (Live Bible Study)